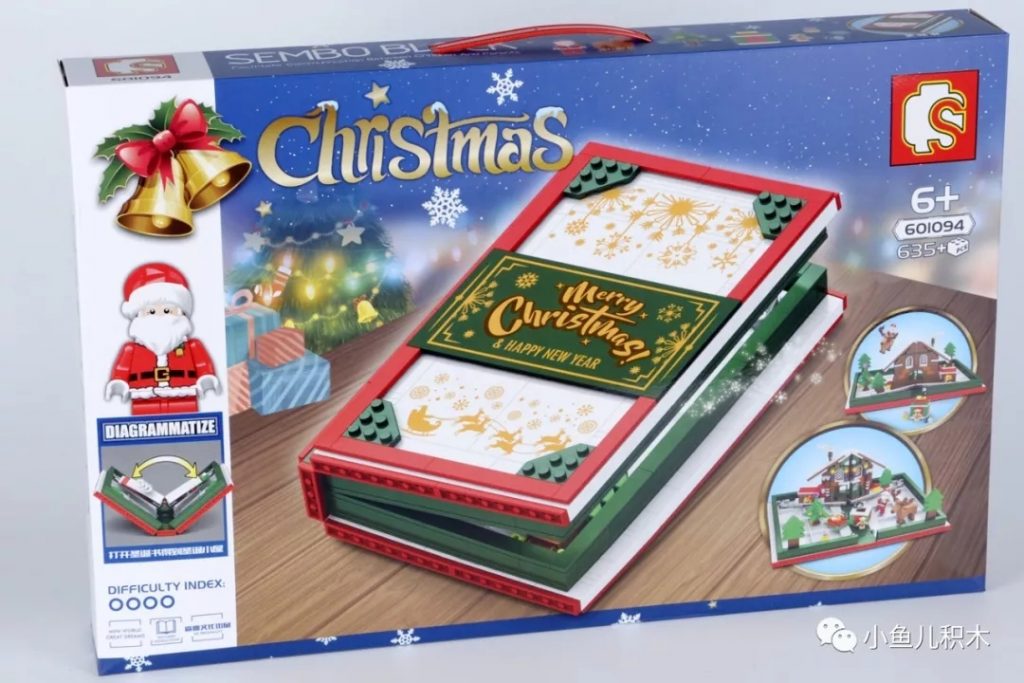 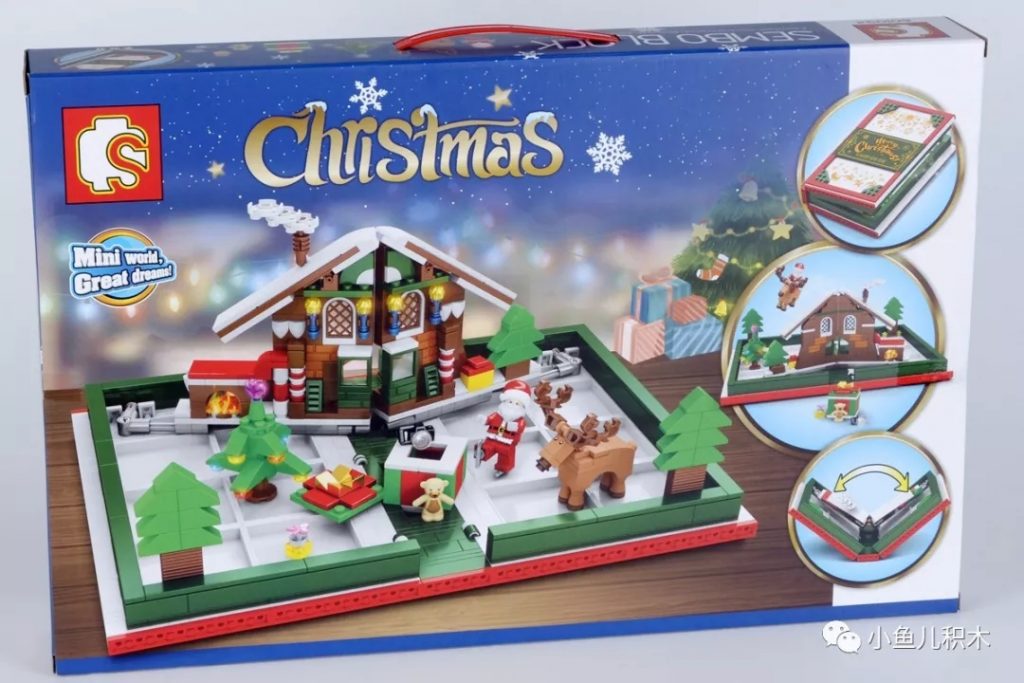 The outer box design is consistent with the color of the series, with a strong Christmas style. 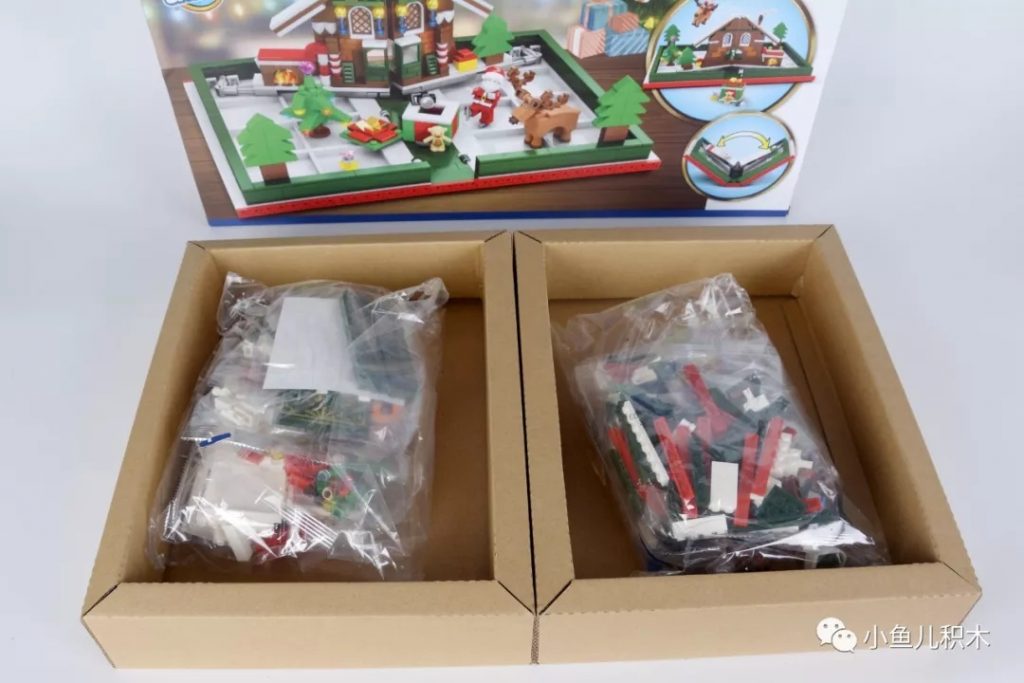 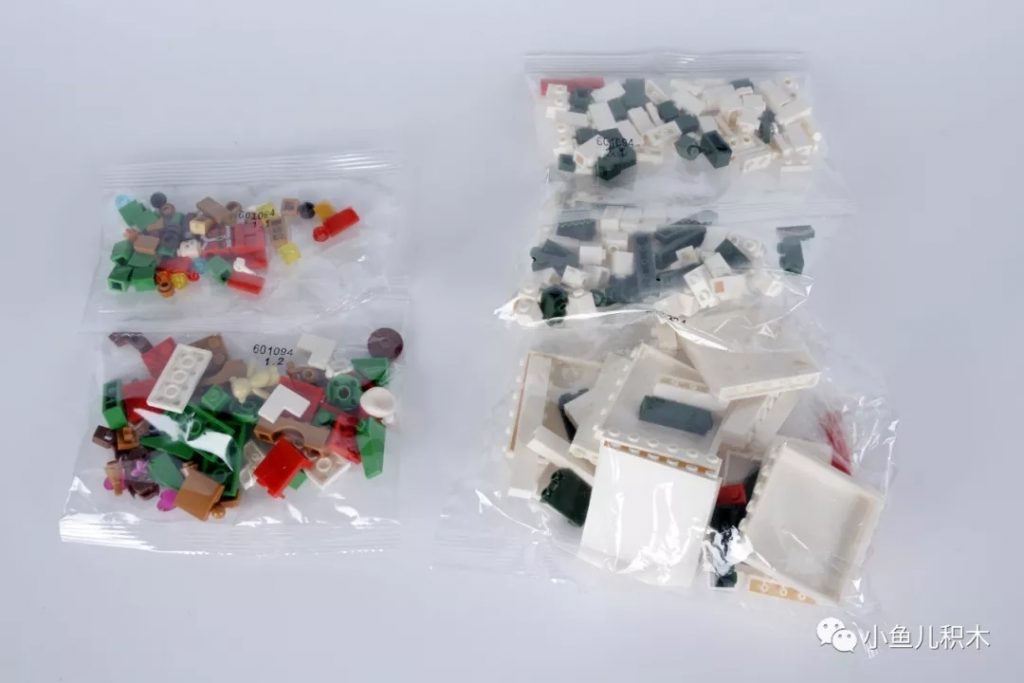 The whole is assembled in 4 steps. The picture above is the assembly package for the first and second steps.

The first step is mainly to assemble the small scene Santa Claus, elk, and gift box.

The second step is to assemble the outline of the book. 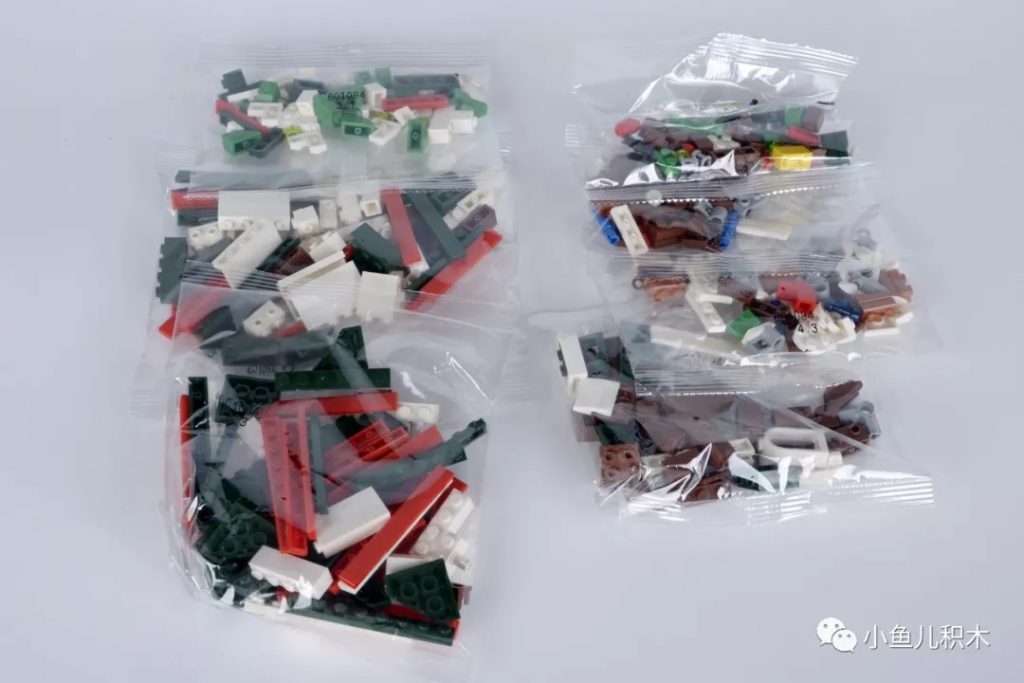 The third and fourth steps are to enrich the book details and the assembly of the Christmas house. 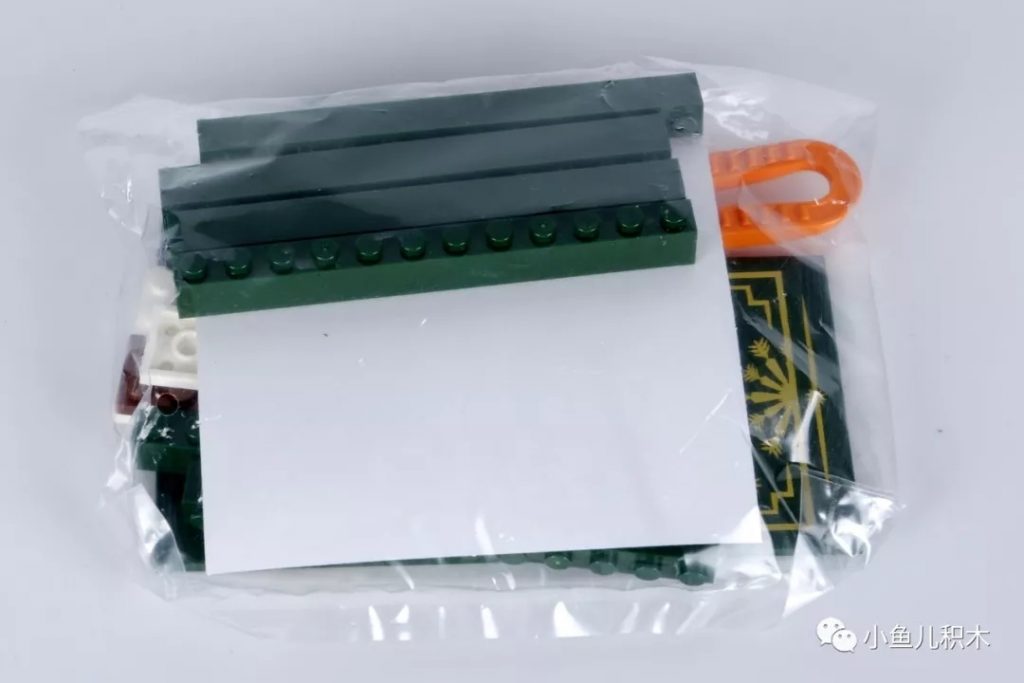 There is also a package that does not have a sub-package logo, and it is mainly used throughout the assembling process of the book cover and back cover stickers, relatively long pieces, and piece starters, etc. 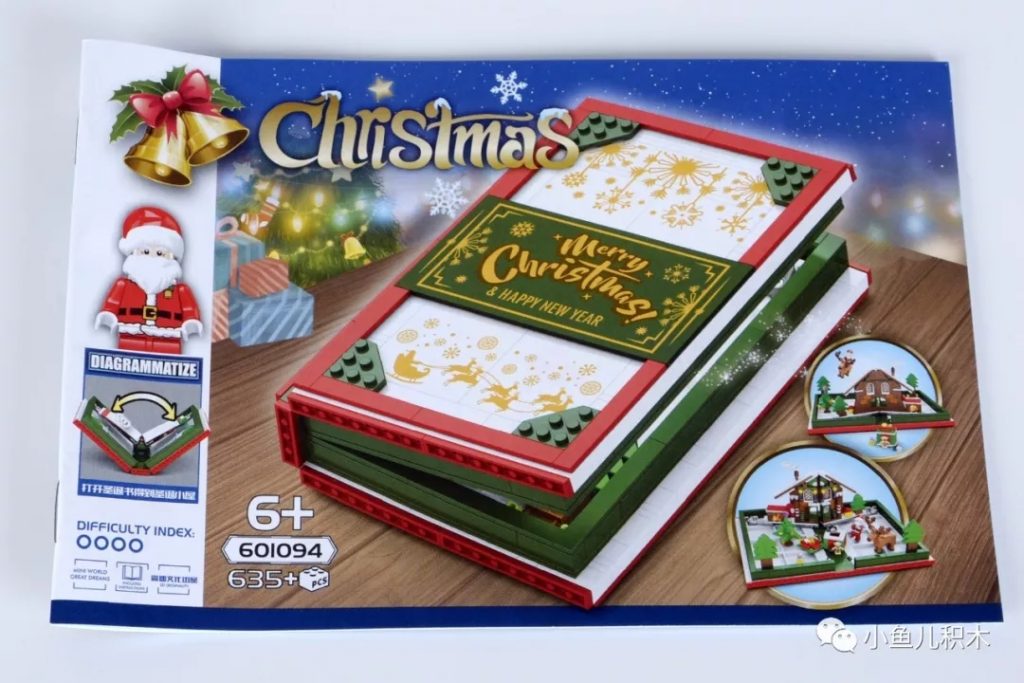 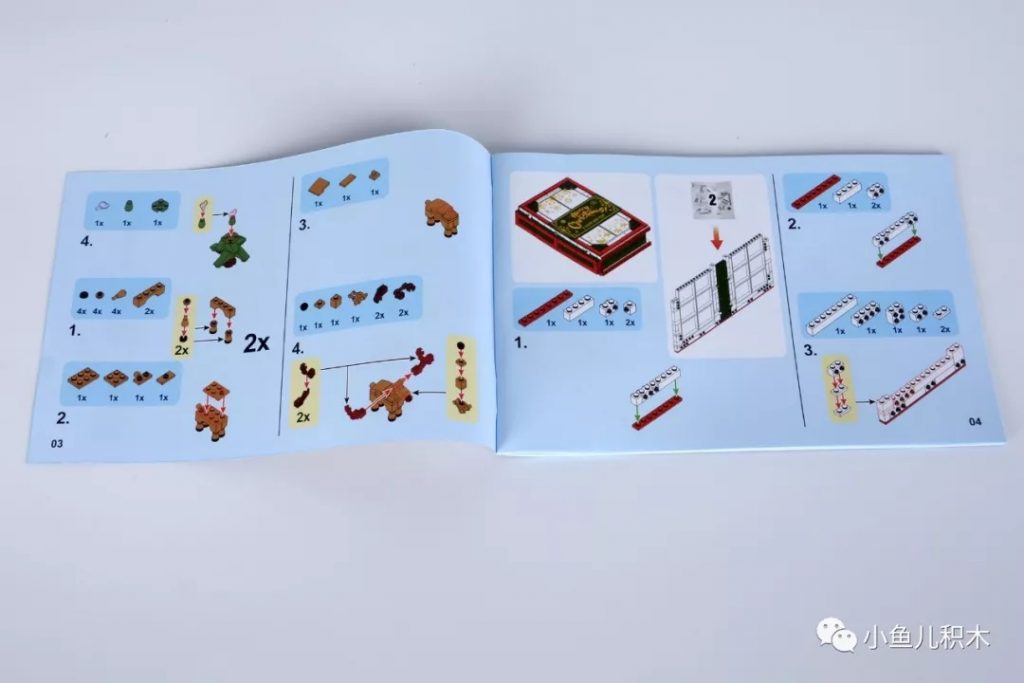 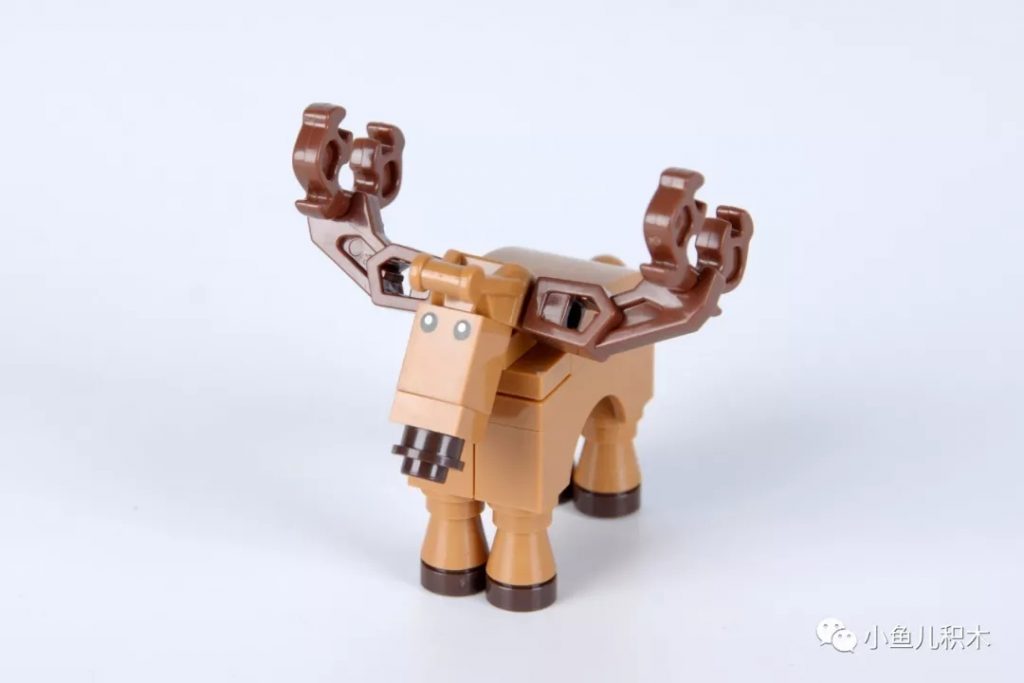 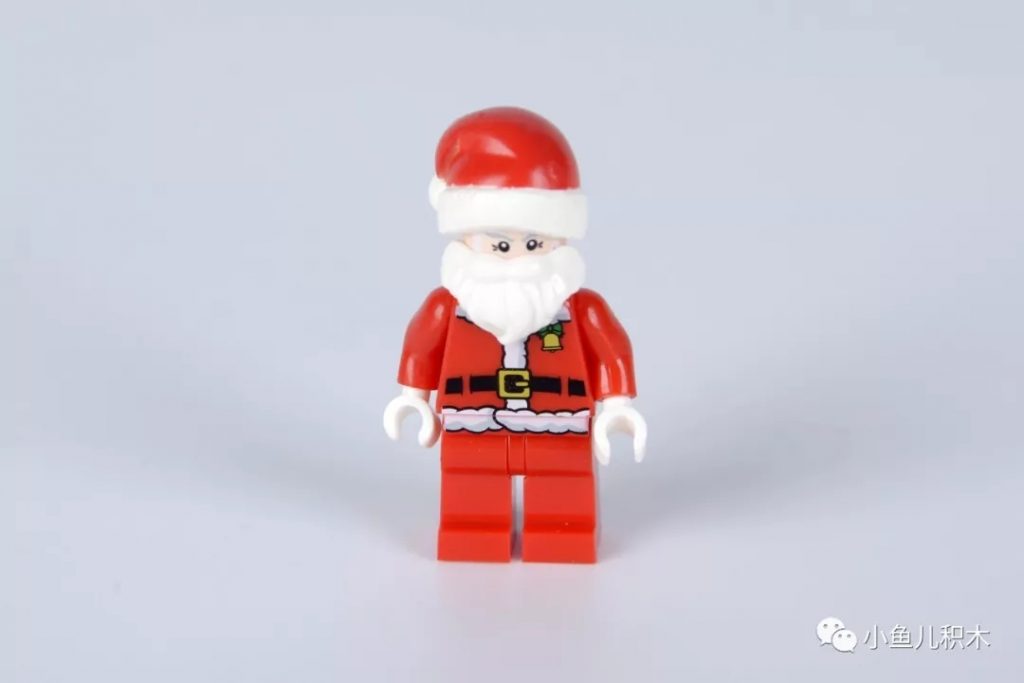 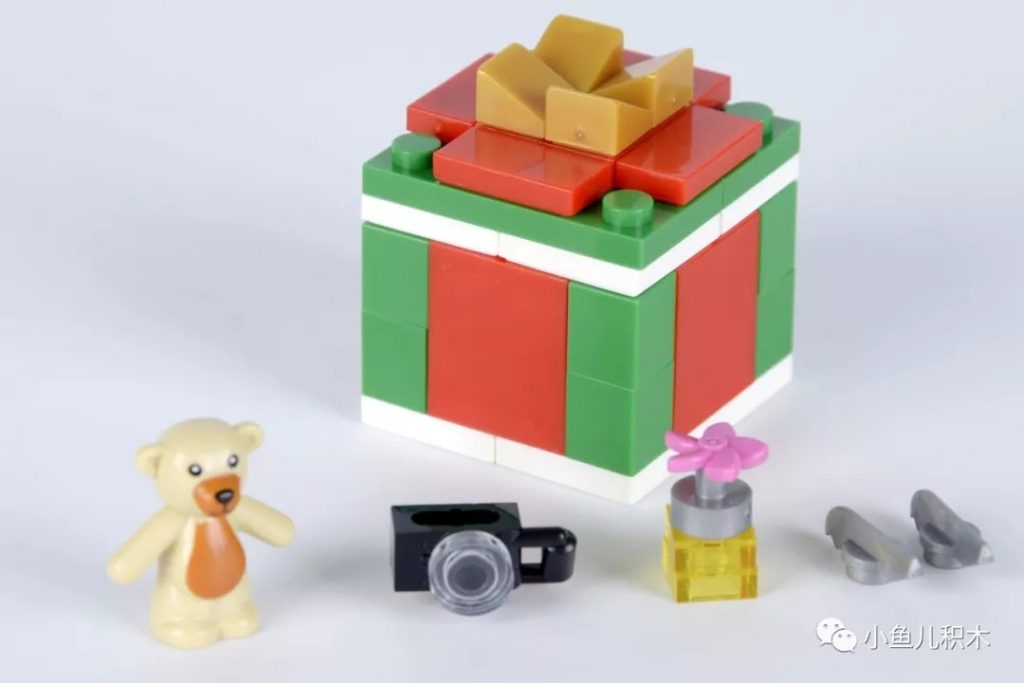 The first step is to assemble Santa Claus, elk, Christmas tree, and gift boxes. The middle of the gift box is empty. You can put small gifts such as a bear, camera, perfume, and skates in it. 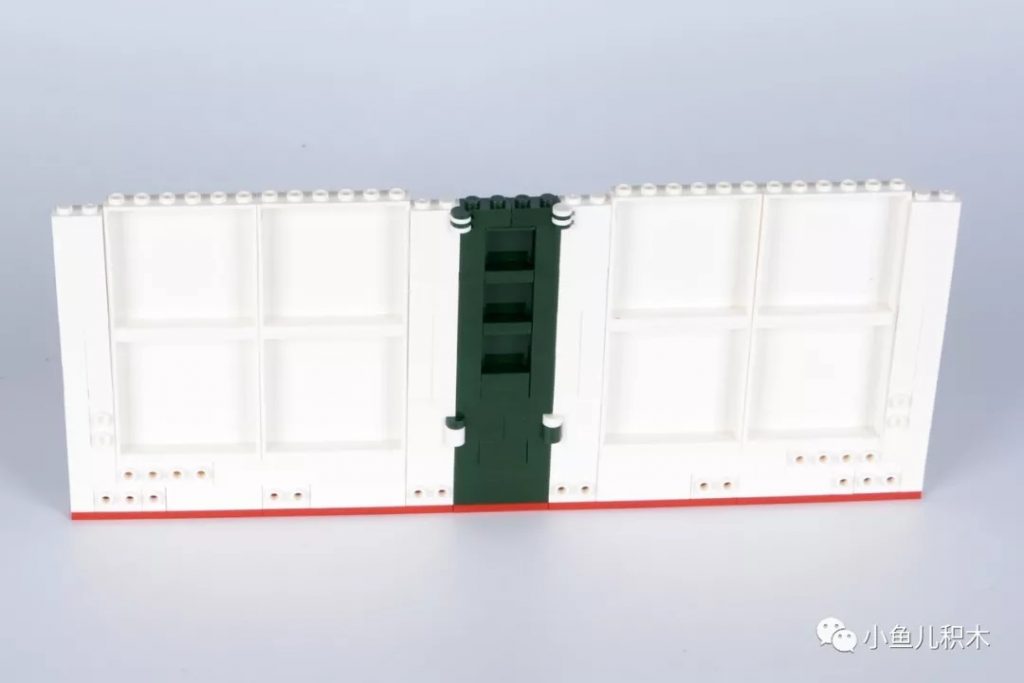 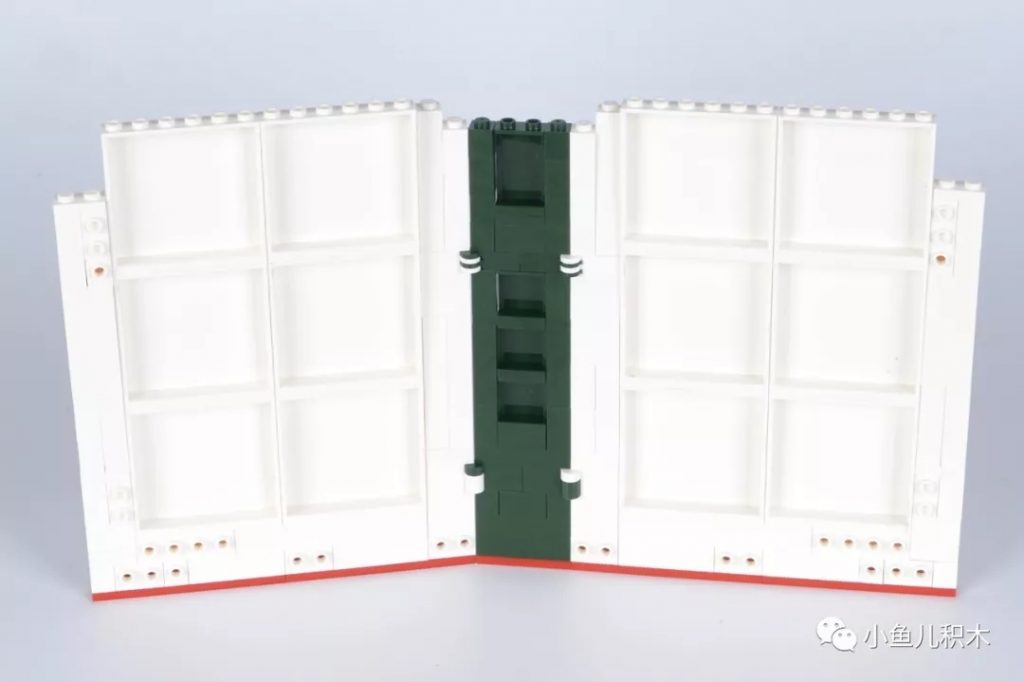 The next second step is to assemble the main book. If you have worked on the Iron Man Memorial Booklet, you can basically get it easily without any difficulty. 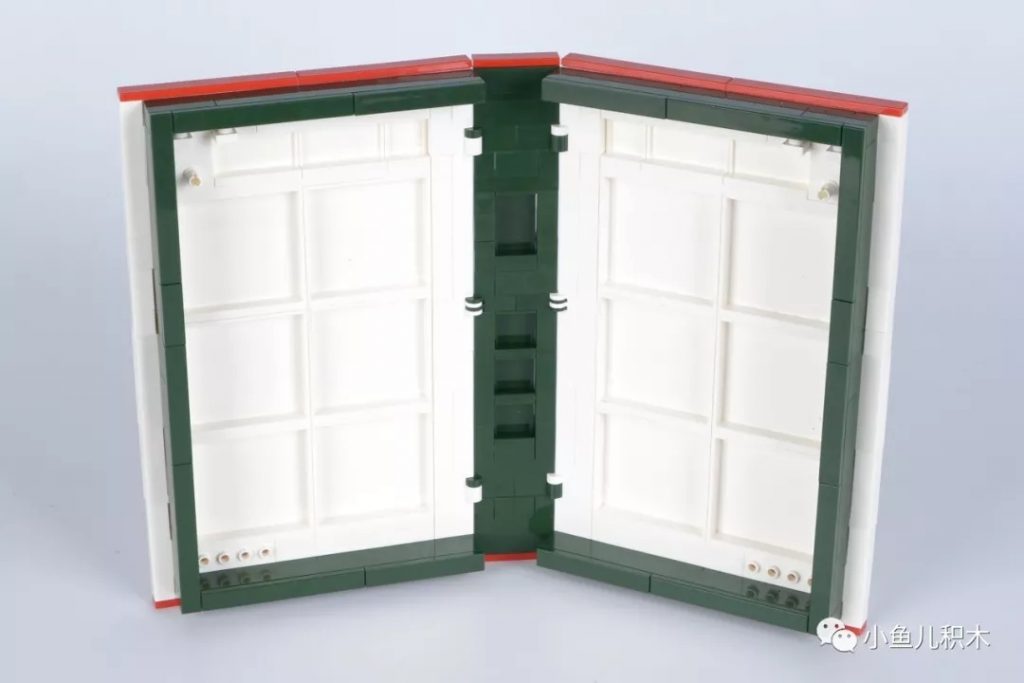 Then there is the richness of details such as the front cover and the back cover of the book. Note that the text pattern on the green part in the middle of the cover is printed in one piece. The patterns on the upper and lower white backgrounds are attached with stickers. Finally, build the Christmas cottage independently and put it in the book, and you’re done. 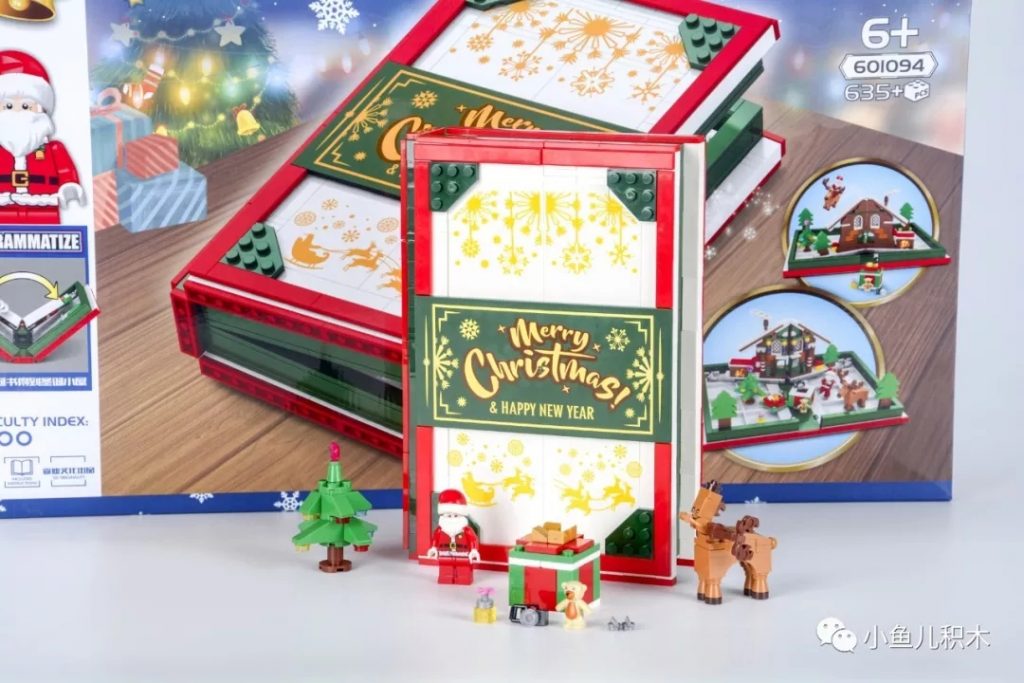 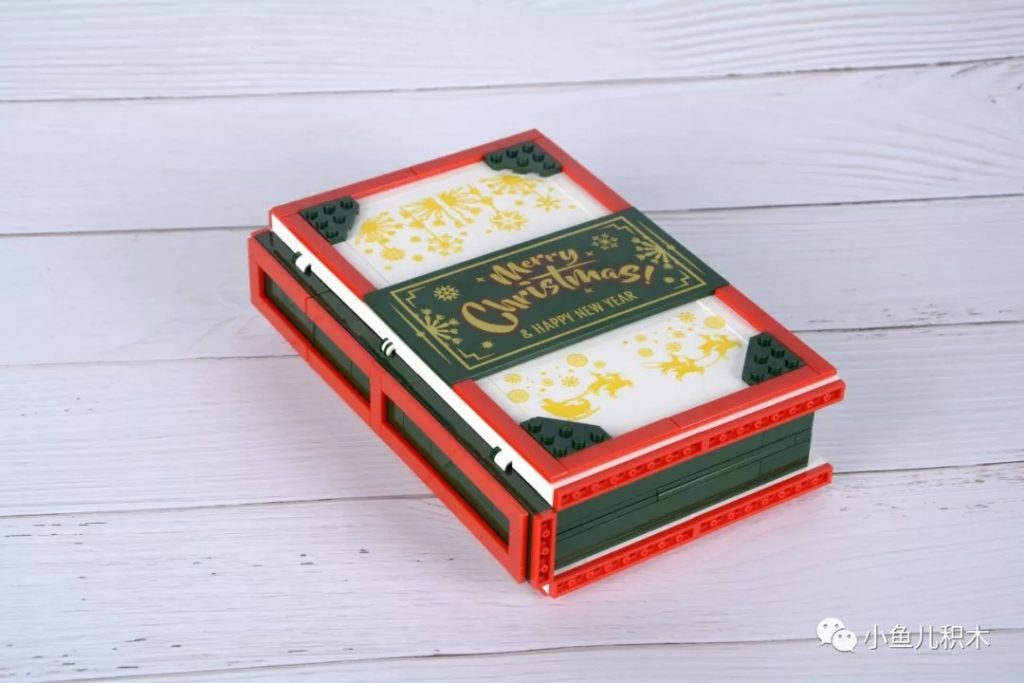 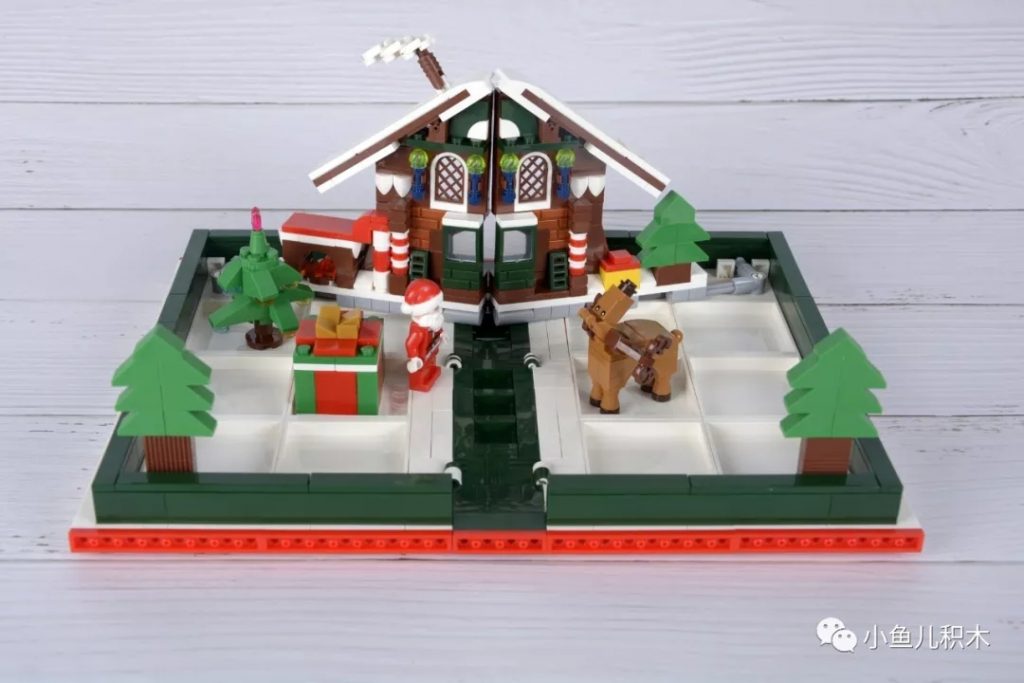 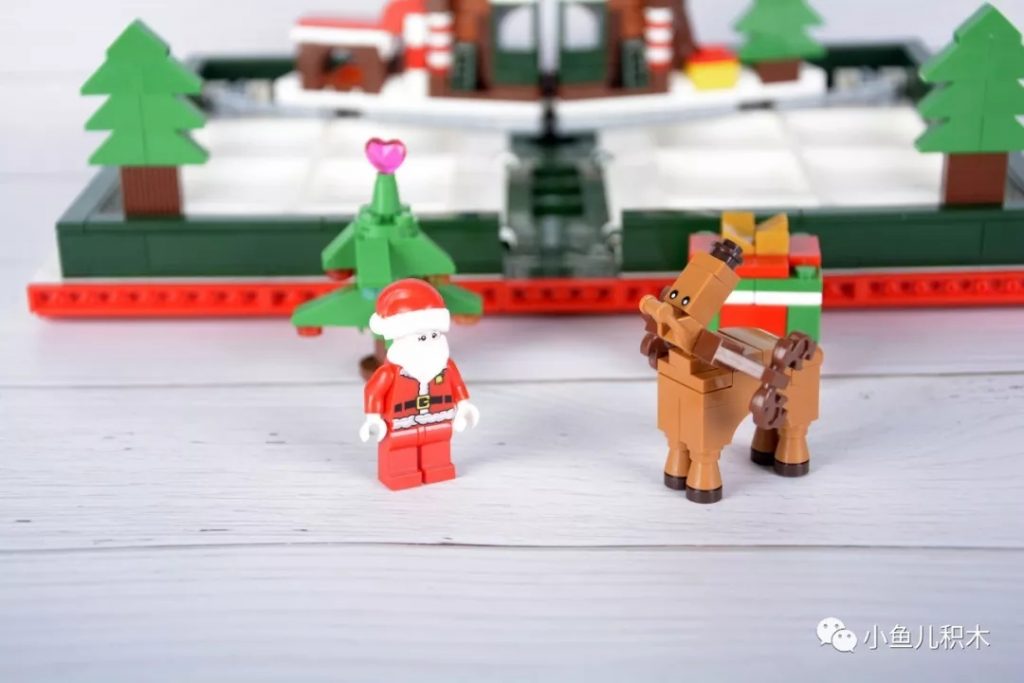 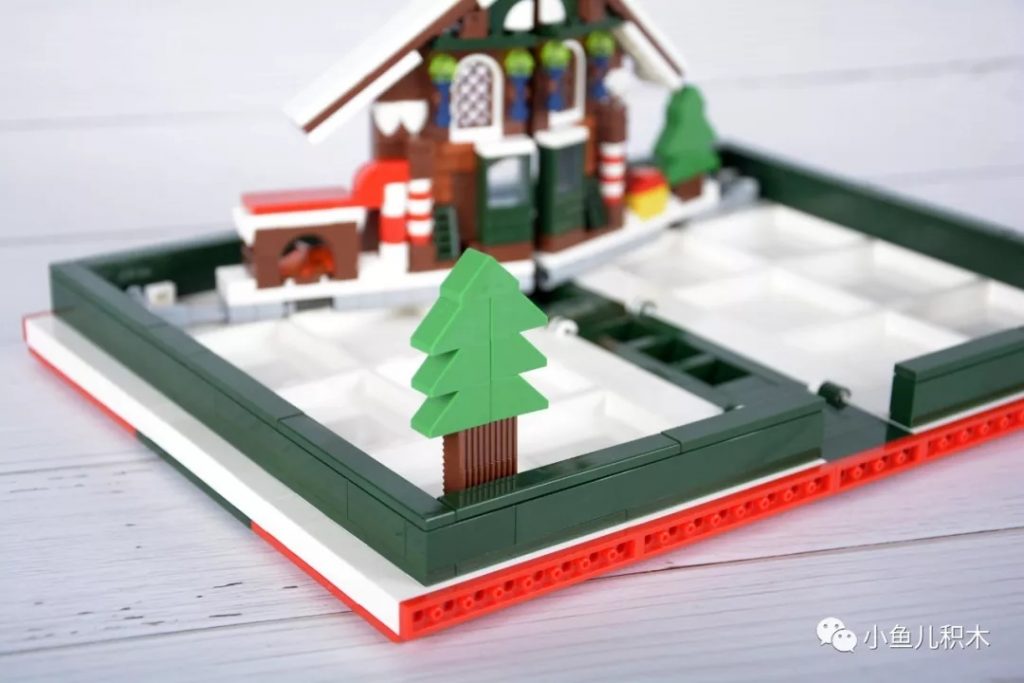 (The head of the elk was spelled backward, and I didn’t pay attention when taking pictures~ embarrassing)

The set is not big, but the scene has a lot of details, is full of creativity, and it’s worth starting with. It is also suitable for sending a child or girlfriend. 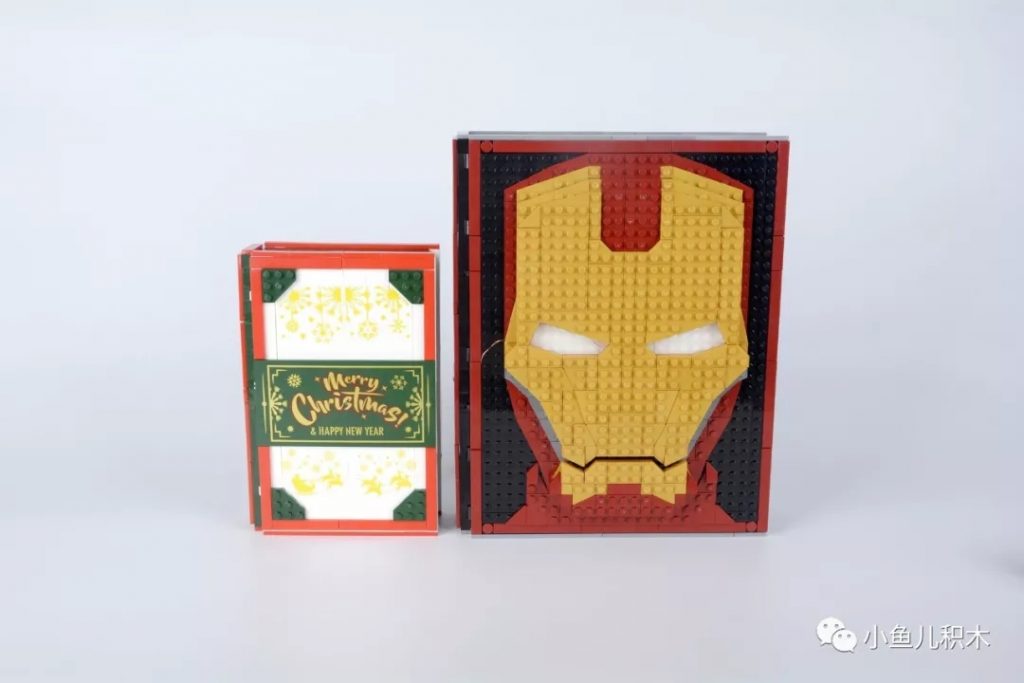 $42.64
CaDA
Copyright Notice
The articles we translate do not represent the views and positions of this website. If copyright issues are involved, please contact us and it will be deleted as soon as possible.
Welcome