Last time, we did a review of the LEGO 60180 giant off-road vehicle. This giant off-road vehicle now also requires $25.36 at Amazon, which is indeed more expensive. Fortunately, we also have a lot of original building block manufacturers who have made some good off-road trucks. Today we are going to look at one of the “Super Offroad Adventures” produced by XingBao building blocks: Off-road truck, number XB-03026. 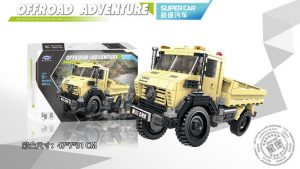 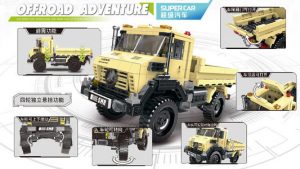 Let’s take a look at the color scheme of this car. I believe that the color scheme of this car should not be too ugly. Its chassis is black, and its compartment is mainly beige, and the whole vehicle looks very off-road. The beige color also makes it wilder, and the shape similar to Unimog also makes this car masculine. The pattern on the body looks very beautiful and very natural. This is because they are all printed parts, and all the places, including the words on the front bumper and rear bumper, including the side prints, are all printed parts, without a sticker, which makes people feel very satisfied. 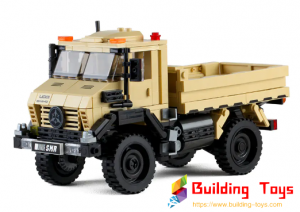 I believe that most of my male compatriots will feel very fond of seeing this car. But the biggest feature of this car is not in its appearance, but also in its chassis. Let’s first look at its front wheel suspension, which uses a rectangular structure with a steering function, which allows your front wheel to perform a certain amount of steering operation. Of course, the steering operation is limited to holding the vehicle directly for steering, and it does not interact with the steering wheel above. LEGO 60180 also uses two rubber bands on the side to simulate a simple suspension. The off-road truck of this XingBao building block relies on rubber bands to control the rear suspension, but the front suspension cannot control the direction.

Not only that, in order to enhance off-road performance, but the front and compartment of the car can also be rotated. This makes this car better show its off-road posture, and the effect of taking still photos must be very good. 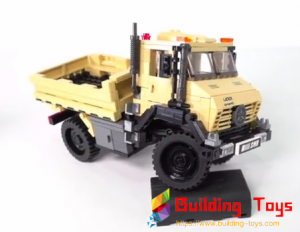 We played with him dynamically. Because the wheel of this car is relatively large, it was very easy to push it. We pushed it lightly and he ran very far. When he pushed it lightly again, he returned and did not use too much. With great strength, he can move back and forth very smoothly, which is very satisfying. It’s like pushing a LEGO car. With a slight push, he drives away smoothly, which is better than many Knock-off blocks.

Although it is an off-road truck that simulates a real car, the hood of the front cannot be opened and there is no simulated engine inside.

Let’s take a look at the matching Minifigures. The installation method of the Minifigures is slightly different from that of the LEGO Minifigures. When opening the box, the head, body, and feet of the Minifigures have been installed. One detail is that his hand was divided into three parts, the arm, the connecting part of the arm and the body, and the palm. Because there is an additional connector, your figure can not only move up and down but also move outside in the past. This is a function that the original LEGO figure does not have. 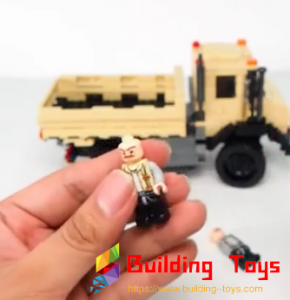 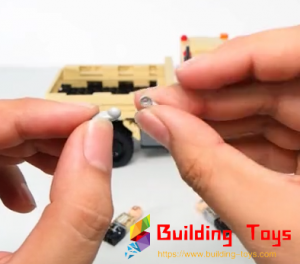 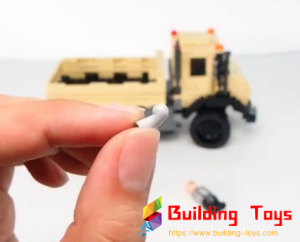 I like the off-road truck of this box of XingBao bricks very much. If there is time behind, I will put together the other three off-road vehicles of the “Super Offroad Adventure” as soon as possible, and show them together, I believe many people like it, especially That mini Siberian conqueror.

Well, This is today’s review. Finally, it is inevitable to talk about the price. The price of this off-road truck can make you very satisfied. The 529 PCS of building blocks only cost $18.83(with discount code). If you like, please click below Button buy.

if you still like Lego 60180, you can check the new price in Amazon: 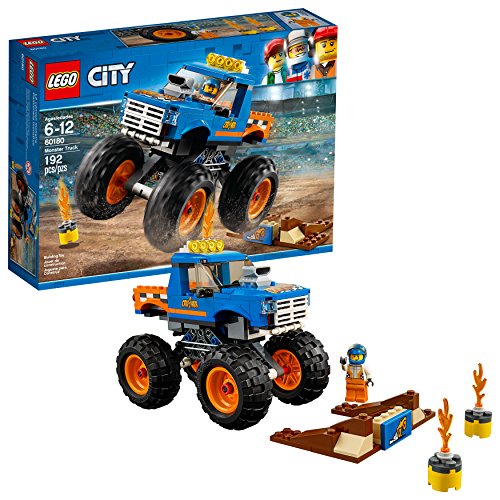 XingBao XB-03027 All Terrain Vehicle Review, Is It the king of Off-road Adventure？