Well, now it is a finished Guardian Bravo. This box of Guardian Bravo has a total of 512 PCS. The height of the finished product is 23.5 cm. His height and body are arguably the best of the four Sluban Pacific Rim. Satisfactory. Of course, the height of 23.5 cm is all the way to the top of the two tall devices behind it. Actually, its head is lower. According to the official settings, Guardian Bravo is a fighter who is good at a counterattack. He was holding an arc whip and holding down the enemy with a single blow. He could effectively and accurately entangle monsters from a distance, release current, and end enemies. Of course, these are all bragging in the movie. Actually, he also made a cutscene.

OK, let’s take a closer look at this mech. First of all, in terms of reduction, I think this Guardian Bravo makes me very satisfied. The color matching between red and white makes Guardian Bravo look very eye-catching and very spiritual, and the light gray parts look like skeletons. The overall feeling is pretty good. Of course, this feeling is that before you start playing, what will he do after playing? Because of the performance of our three other Pacific Rim mechas, it is very painful. Can this and Guardian Bravo change our impression?

Let ’s talk about the joints first. The previous three Pacific Rim armor has very serious joints. This box is better for Guardian Bravo. You can see his arms because of the design. It can only be lifted out to such an angle. Under such an angle, this small joint can still effectively support the arm and make such a posture.

The building blocks’ biting force is also weak. There are many places, especially when you are using these parts of the thigh, it will easily make you feel sad, because you press the building block, because its biting force is weak. When your multi-layer boards are to be overlapped, you just need to push gently, and the front is completely scattered.

After removing these two problems, the design of this building block, especially the design of the hand, is a big problem, because its two shoulder blades are too large, and the one above his shoulder blade is fixed. Turn it up again, only to the level. Therefore, when the hand needs to be turned up, it can only be turned to about 30 degrees, and it is already in contact with the shoulder, reaching the limit. So when your hand is to be swung back and forth, because of the influence of the spherical part, it can only be swung to such a degree, that is, his hand can hardly move, which makes me feel very disappointed.

Compared with the hands, the range of movement of its feet is obviously much better than those of the previous mechas. His feet can be arbitrary, which is good, but the feet are limited to the part where the heel body is connected, between the thigh and the calf The range of joints that can be swung is much smaller. I think this should be some design problems. If his hand can swing a bit more, I believe we can use it to make more modeling movements. Of course, after his hand’s swing is larger, for Its joints are definitely a test. That might be a compromise when the quality of Sluban’s joints is not satisfactory.

We can look at its back again, the shape of the back is also very good, at least better than the previous ones. After all, it uses more than 500 parts to build a building block. What is this concept? We had 376 PCS Saber Athena before, this one had 512 PCS, and the other two were only about 470 PCS, which means that the number of parts is really much more than the others, and the extra parts are basically used Create details, so you see that he is rich in details, and the shape is quite good.

Another disadvantage is that his mobility is very poor, and the boxes of blocks in front of us, I don’t know if you still remember, their weapons can be held in the hand by replacing the hands, but this machine The exception is A. It looks pretty cool with an arc whip, but in the instructions, it doesn’t tell you how to put this arc whip in your hand.

According to the instructions, the arc whip allows you to hold it directly, but it is not easy to hold it in your hand or lift it. Because it is not like Senbao’s building blocks, it will design an insertion port in the hand holding the weapon and insert the weapon into the insertion port. Sluban allows you to fix it directly in your hand, so we still use this method to hold the fishing rod. It is relatively stable. If you want to put it on the box, it is basically impossible.

I don’t know if it is the cause of illusion. This box of Sluban’s Guardian Bravo is different from the previous ones. It does not have the Sluban logo on it, and its box is very smooth to the touch. Maybe  It is an English version of the product.

In conclusion, the actual construction, I think Guardian Bravo’s performance is really good. But this performance is only better than the other ones. It will definitely not achieve that kind of earth-shaking change. His shape and quality of the parts are relatively satisfactory. Except for these two points, in fact, its performance is similar to the previous three boxes. It’s almost the same. If you definitely like the Pacific Rim building mech, I suggest you buy this set of Guardian Bravo. 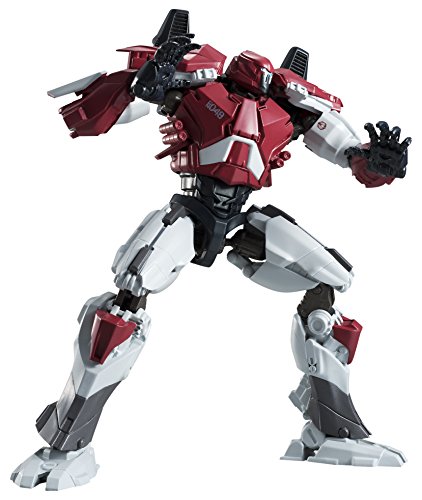 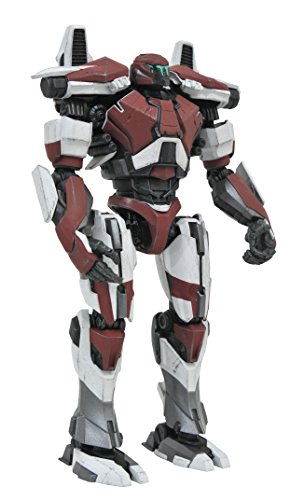 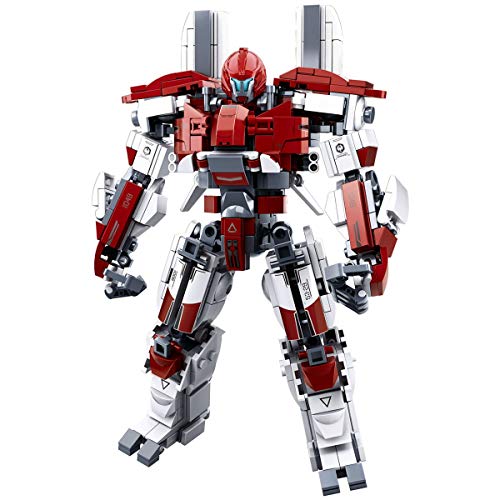