Good weekend everyone. In the next few days, we will bring you a review of the Chinese building block brand-Sluban. These are the four mechas of the famous movie “Pacific Rim 2 UPRISING”: Gipsy Avenger, Saber Athena, Bracer Phoenix, Guardian Bravo.

Today, let ’s take a look at Bracer Phoenix. Why was Bracer Phoenix the first to come out for review? Gipsy Avenger is the protagonist. I want to put it behind. Guardian Bravo is in English. Saber Athena has a small number of parts, so we will take it as an experience first. Well, after about 2 hours of assembling, the finished effect is the following picture: 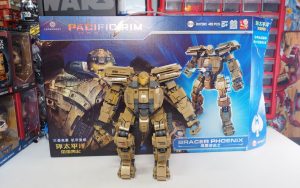 However, the effect after the completion of the assembly is really not very satisfactory to me. For the rating of this product, I think that it can give 99 points in design, but the quality of the parts can only be 60 points at most.

It has a lot of problems, but let ’s talk about its advantages first. First of all, the biggest advantage of this product is that it is based on its shape. Its shape is very good to restore the shape of the rear mech in the movie. There are few printed parts on the body, basically, all of them are stickers. You will find that this watermark sticker is easier to paste, and the effect is very good because the transparent watermark sticker will not put The color of your own building blocks is covered.

Another advantage is that his head is here. Come, you can see that his head is a one-piece molded part, which is equivalent to the feeling of a head carving. I think the effect made by this head is still quite good. Looking at this head alone may feel slightly weird. But after attaching the head to the main body, the effect is still very good. 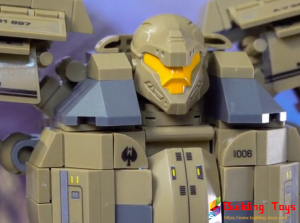 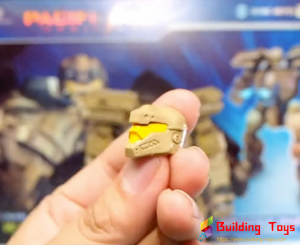 Now we have to talk about the shortcomings. The shortcomings are that it is relatively loose and the bite force between the building block parts is insufficient, so if you are not careful, your entire Bracer Phoenix will fall down (for example: if you put it straight, it will fall down).

In fact, this building block is in the instruction manual, which lets you bend your legs. Of course, it should be more similar to the movie, but if the Bracer Phoenix legs are bent in the movie, I didn’t pay attention to it. Because in the last part of the mech war, we only looked at these mechs, jumping around like Altman. Is his leg straight or bent? Who pays attention.

Well, let’s talk about the quality of the building block parts in detail. The building block parts are divided into two parts, one is the bite force of these bumps of the standard part, and the other is the joint part. Let’s talk about the joints first. I can say this. The Pacific Rim from Sluban has the quality of joints that are almost on the margin of failure. Why do you say that? 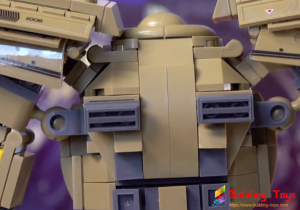 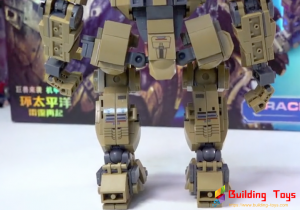 Because its joints are very loose, its spherical pieces you can see are very loose. Come on, see that there is no fully automatic shaking of your feet, do you see it? And it’s easy for him to fall.

In addition, you can see that in addition to this large spherical part, there are many places where this small spherical part is used, and the bite force of this small spherical part is almost non-existent. You see, he did n’t hold anything on this hand, and he could n’t hold it. I can say this kind of problem, even if we even fight, we are unlikely to have such a problem. It is very disappointing. If the Phoenix Travels in the movie are at this level, don’t go out to fight monsters, go home directly and dismantle it as scrap iron. 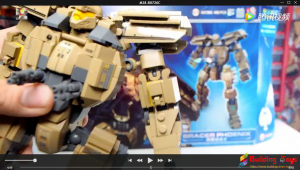 Let’s take a look at the other side of the hand, this side is slightly better, but it can not hold it, but slightly better than the other side. That is to say, if you buy this building block, if you don’t put it in a napkin to bless it, the joint parts of it can’t make you play well. And because its joints are so loose, it makes him unable to satisfy you in your hands, that is, you can only put it on the shelf for POSE after you buy it.

Because its own bite strength of the bumps is also weak, similar to Lepin, compared to the Senbao / XingBao brand blocks we made before, let alone the bite with KaiZhi Force metamorphic products to compare.

We’re going to put it down now, and he just fell down. The quality is really amazing. And she used 4 ball-shaped parts on one foot, and the quality of the ball-shaped parts was very poor. Using four ball-shaped parts at the same time, it was very difficult to stand it vertically, so you can only follow According to the instructions, bend the corner (but his feet are vertical on the box). 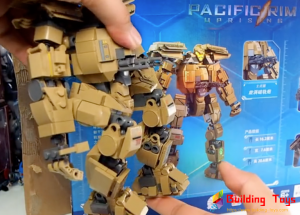 The quality of Sluban’s military series is still good, but the quality of this Bracer Phoenix is ​​still average. If you really like its shape or its exquisite head, or you are a movie fan, don’t mind making it a display Then you can try to buy a box to play, the price is not very expensive anyway.