With their rich colors and diverse shapes, Lego bricks have won the love of building block enthusiasts all over the world. On the occasion of the 600th birthday of the Forbidden City in China, Enlighten Keeppley (hereinafter referred to as KP) was officially authorized by the “Forbidden City Palace Culture” to launch a novel and fun The Chinese palace series building blocks pay tribute to Chinese culture. 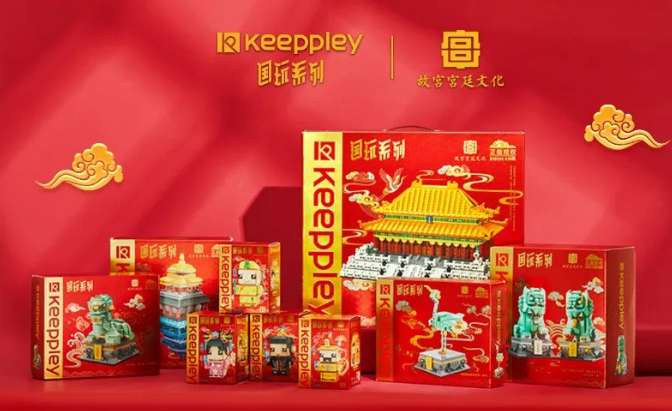 As a model of the national tide building blocks, let the cute children know more about the allusions and architecture of the Forbidden City, this time KP and the Forbidden City have joined forces to meet the gods!

There are 3 classic themed models, 10 carefully crafted products, and all of them are exquisite products. I can’t help but want to give my child a full set:

“Keeppley” has four court characters in the Q version, which are cute and cool. It is designed based on the important figures of the palace and paired with each other. What kind of sparks will they collide with? This story will be continued by players of all sizes!

He has a mustache, a braid, and a book. Have you ever seen such a cute emperor? 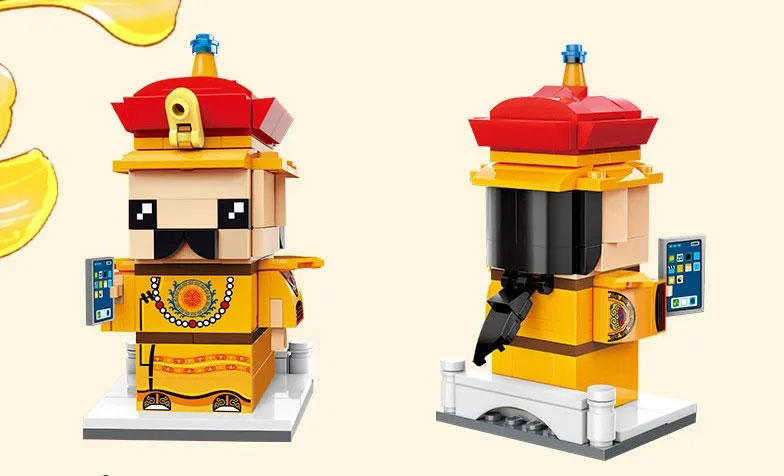 As the queen of the world, no matter how busy she is, she has to take time to look in the mirror and admire her beautiful face. 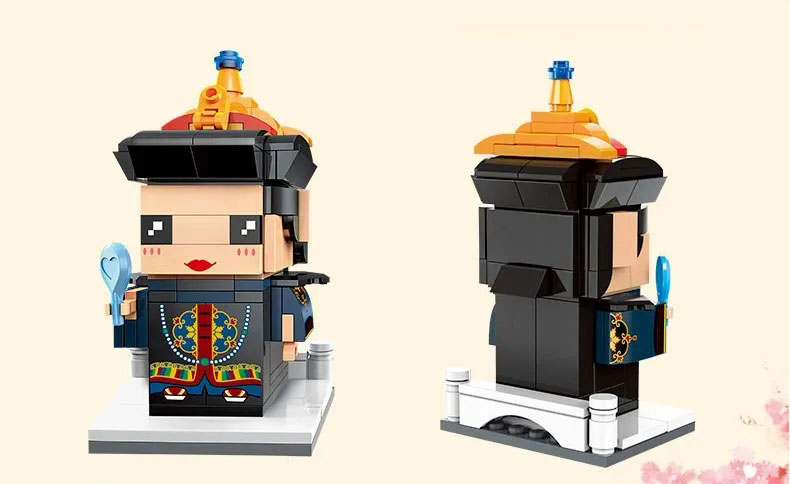 The prince loves flowers and beauty, roaming in the imperial garden to pick a wildflower and present it to the next beauty! 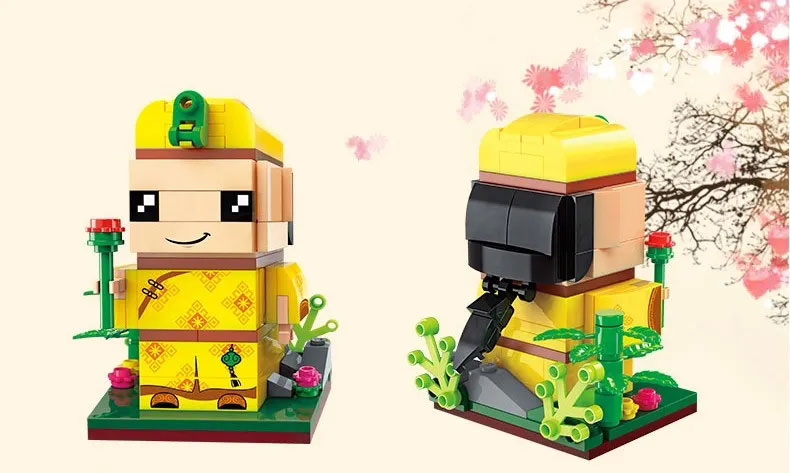 Xiao Gege ate the rewarded exotic sorbet, and let himself go in the bloom of a hundred flowers. 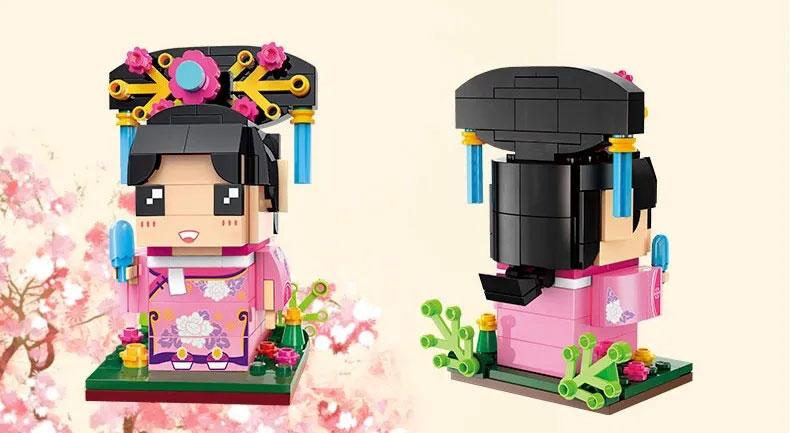 The second category is the desktop decorations based on the iconic statues of the Forbidden City. They are the magical crane, the diligent hegemony, and the two divinely powerful bronze lions.

The prototype is the bronze crane in front of the Hall of Supreme Harmony in the Forbidden City, which means auspiciousness and exaltation.

The multiple joints of the head of the crane can move and show different forms: normal posture, head raised and wings extended, and head bowed.

The base of the crane is hollow, which can be opened to put some sundries into it and placed on the table. The appearance is displayed and practical. 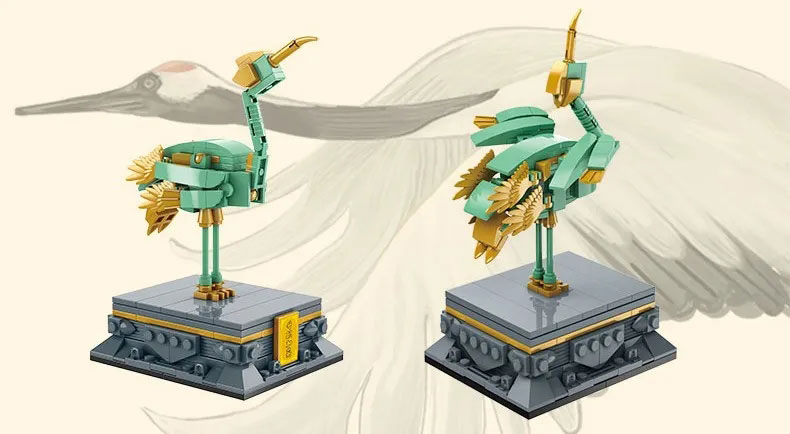 Ba Xia, also known as Dragon Tortoise and Bengkuang, looks like a tortoise and is a symbol of longevity and good fortune.

The head can swing up and down, and the normal posture is full of vitality.

When I lower my head, I look like a young man who is very hardworking and diligent. When I turn my back, I am in the state of having fun after get off work. The same building block has two states, which are very contrasting. 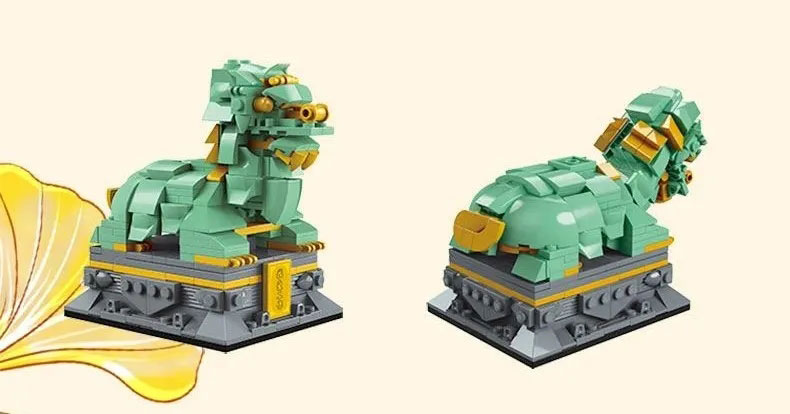 The prototype is a pair of bronze lions in front of the Gate of Supreme Harmony. They are strong and mighty and are a symbol of prosperity and peace.

The two lions are equipped with two pairs of nameplates in front of them, namely “Get Rich Overnight” and “Koi Possession”, “Revelation” and “Do Not Disturb Messaging”. Imagine that they are placed on a desk. Isn’t it fun? Full? 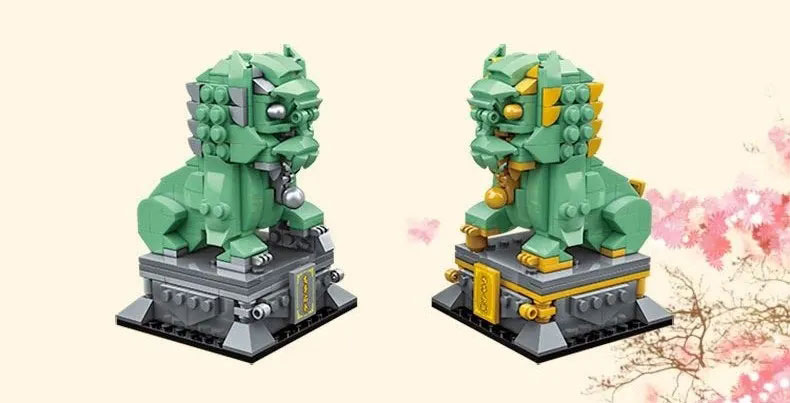 The Hall of Supreme Harmony, commonly known as the Hall of Jillian.

Keeppley used building block particles to restore the shape of the Palace of Supreme Harmony in the Forbidden City, “upper bearing eaves on the top of the palace, sitting down on the three-story white marble steps, eaves carved with golden dragon and seal color painting”.

The finished product is magnificent and must be chosen by fans and collectors of national tide blocks! 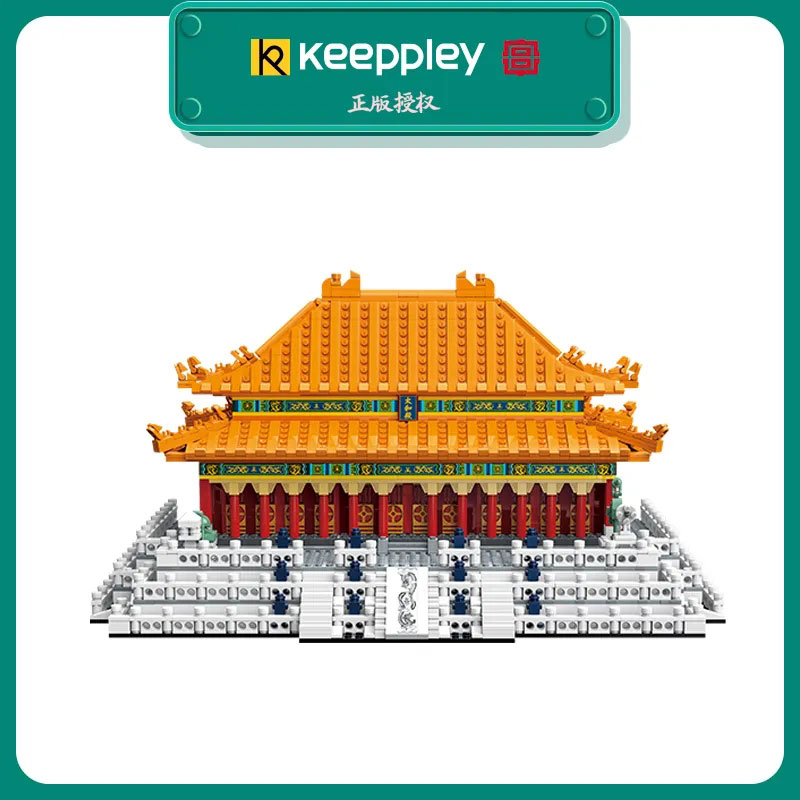 It reproduces the beautiful scenery of the reflection of the turret very well. The upper part is made of yellow glazed tiles and gilt roof, exquisite and chic.

The lower part is shades of blue, which looks like a building reflecting off the surface of the river, looking solemn and quiet. 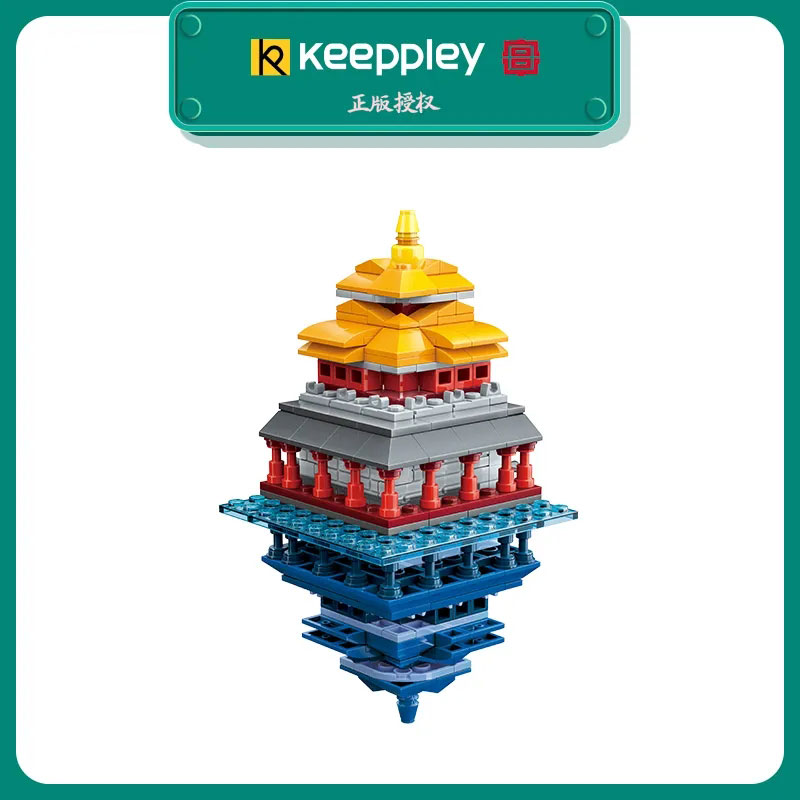 Wenyuan Pavilion, where the “Siku Quanshu” was collected, was the library of the Qing court.

The structure is clear and full of details, which brings a unique sense of surprise to the brick players. 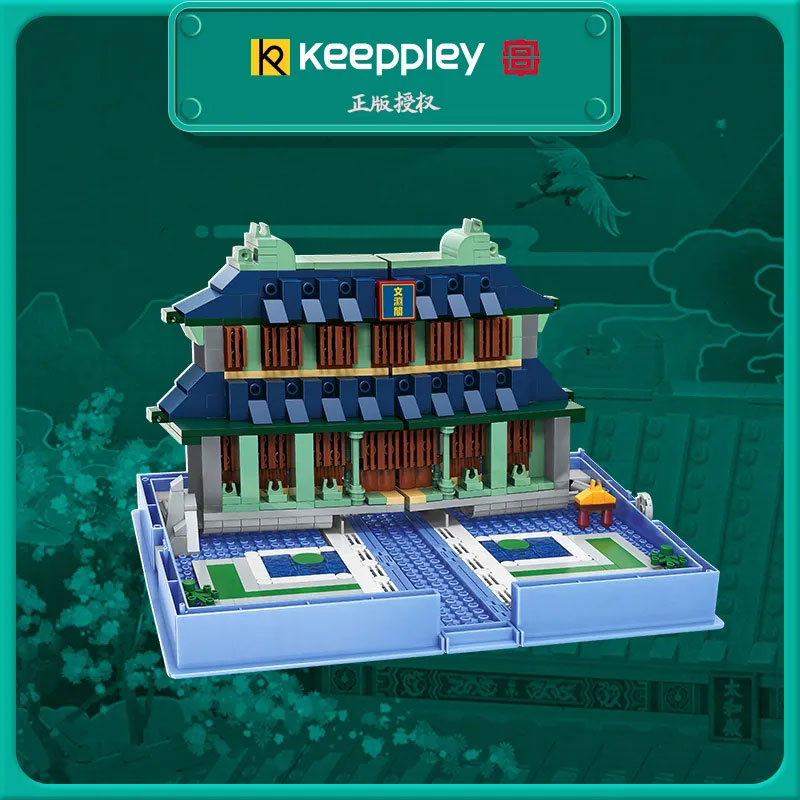 The ABS material is healthy and safe, and the Chinese magnificent color box is embellished with hot stamping text. It is suitable for giving away to a baby for personal use.

There is also popular science knowledge about the classic buildings and characters of the Forbidden City so that children can entertain and have fun, which is awesome! 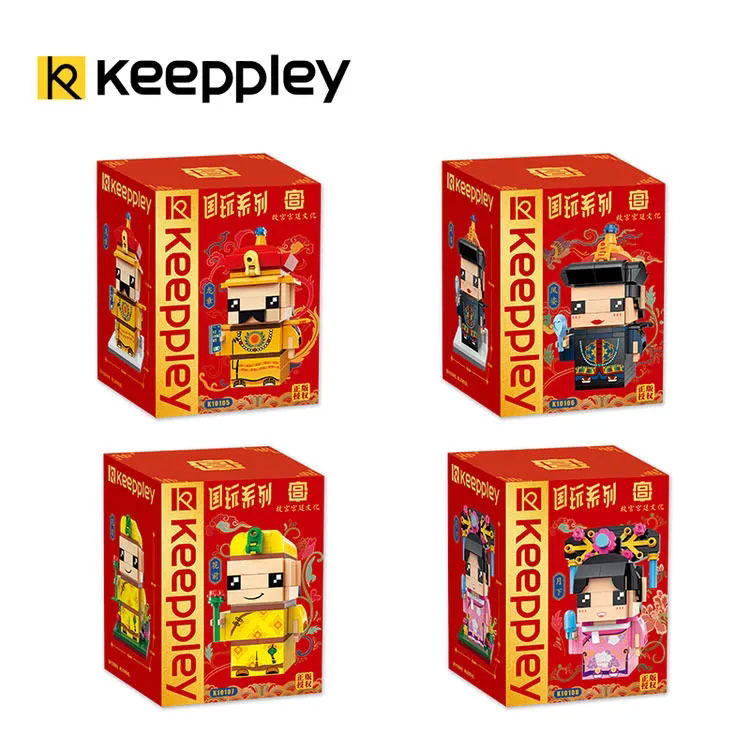 The large-particle design is easier to assemble, and children can think about it alone and get a sense of accomplishment!

It is also very suitable for parents and children to have fun, build building blocks together, and enhance intimacy in the process of cooperation. 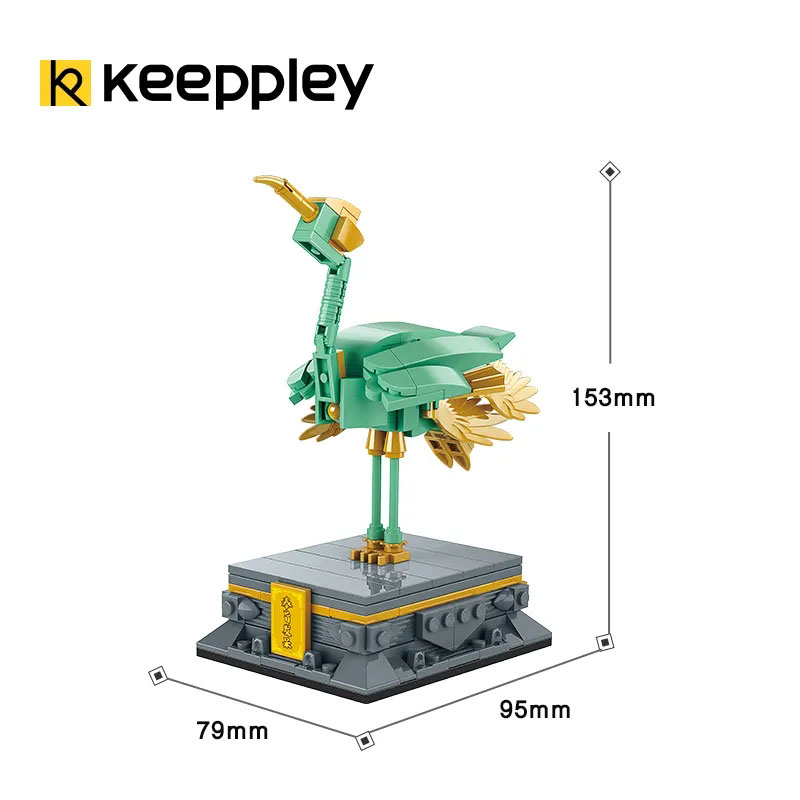 After the splicing, the little emperors and little beasts are all cute and cute. They are placed on the desks and cabinets. Don’t mention them too much!